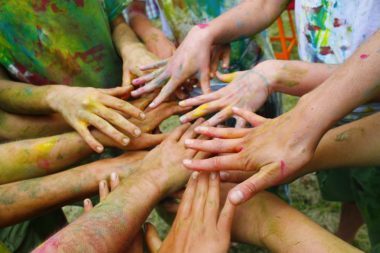 People sometimes find it hard to believe that there is such a thing as “wealth inequality”. Specially living in the US where there is the stigma that “if you work hard, you will have what you want”. Sincerely, I find that super irritating and misleading. First, the idea that if you work hard and can have anything you want leads people to lives that are filled with busyness and stress, and compromises precious time that can be spent with family and loved ones. Second, there is a ton of people in the world working super hard (sometimes 2 to 3 jobs) and still only manage to put food on the table and pay essential bills. Of course, I am not saying that working hard is not a good thing, and I know first hand single moms and dads working hard every day to sustain their families. But what I am saying is that it is super annoying to hear someone say that homeless are homeless because they want to be, or that poor people are poor because they don’t work “hard enough”. This notion is irritating and a fallacy to sociological, anthropological, theological and economical facts.

In this post, I want to talk about wealth inequality in the US and to see what does the bible say about such a thing (if it says anything at all).

First, we have to start with the question: what is wealth inequality, and does it exist? and what does inequality look like? Wealth inequality is the idea that a person can have more wealth, than another due to their race or ethnicity. In the US it is for sure the product of that racial gap that exists. This is not a secret, or something new, white families (like it or not) statistically have more wealth than black and Latino families. Study after study shows that in detail. Hence, a Latino (or black) single mom, with a medium wealth of 10 to 12 times lower than their white counterpart, will have a harder road ahead of her.

Second, it is important to define wealth itself. Of course, for the super-rich, a salary of $400,000.00 a year is a huge pay cut, but for people like you and me, a salary like that is a huge increase. Wealth is not money per se, but it’s what allows families to take advantage of the economic benefits that exists and to have the ability to do so when needed. Understanding the difference between wealth and income is a sociological must to understand what wealth inequality is.

Third, to start finding solutions to this problem, we at the least need to recognize that exists. People find it very uncomfortable to talk about race and money, but we can’t talk about wealth inequality without having these hard discussions. From government policies to help the poor save or acquire property (I will write more about this later), to churches helping families get ahead with a weekly bag of food, we need a more comprehensive approach to alleviate inequality.

So, what can the bible say about this problem? there are two biblical concepts that I want to point out:

These two biblical concepts can help us today to better understand how to alleviate such wealth gaps and poverty in our communities. This is especially helpful to churches in the US, that sometimes seek to be quick to “solve” the poverty problems of their communities, without understanding the reason or the consequences of their actions in the long run. Helping the poor and eliminating wealth gaps is a tricky thing, and we ought to be vey careful not to pass judgment to people (like the homeless) without understanding what put them in that position in the first place, and how we can be more effective into getting them into full communion with God and others, as they get out of their current predicaments.

Defining wealth inequality is not a mere academic exercise for us here at Saving For Hope. The reason why we do this is because we believe that financial education (especially among young people) is a huge part of the solution to both wealth inequality, poverty and financial restriction. We need all hands-on deck, from politicians, to professionals, to churches, to talk about and to work towards eliminating poverty in all its forms. Act today. Enjoy!