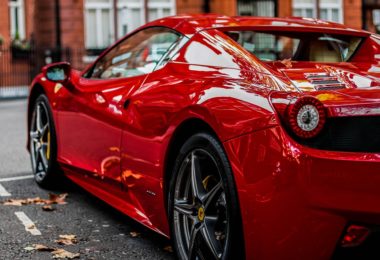 It used to be that luxury cars were cars with better and more advanced features. I’m talking really fancy stuff, like power windows and power locks. In all likelihood, most adults remember a time not that far off where those things were considered luxury. Then it recently became things like remote start and touchscreens. Well now I can get those things in a Honda Civic. Luxury doesn’t mean what it used to, and not all manufacturers have caught on.

These are some tips and useful facts for deciding on buying a new luxury or economy vehicle in 2018, including where you get the most bang for your buck and my personal thoughts on what to avoid. Click To Tweet

Good luxury brands separate themselves on performance rather than features

Modern cars are all fancy. Unless you’re buying a Jeep, you will have high-end features. There are still uncommonly luxurious things manufacturers can put in cars, but most of them are unnecessary. Sometimes you can tell when the manufacture was just trying to find ways to take simple things, like cupholders, and make them fancy and automated.

The luxury brands that are worth buying distinguish themselves by being faster, sportier, more powerful, and more durable. Brands like Acura, Infinity, and BMW are good examples. Even Mercedes-Benz has shifted focus from absurdly luxurious to absurdly fast. Companies that just add features aren’t trying hard enough.

Most luxury brands are associated with an economy brand, and for some there’s little difference between them

Ford owns Lincoln, Toyota owns Lexus, and General Motors owns Chevy and GMC. Only 4 auto manufacturers don’t own or are owned by another company, and those are Saab, Subaru, Mazda, and Suzuki. When deciding between economy and luxury it’s good to compare the vehicle to its luxury or economy equivalent. If there’s little to no difference, then there’s little to no reason to spend the extra money going luxury.

An example would be a Chevy Suburban vs a GMC Yukon. A quick look at the two reveals that the GMC is just a rebranded Chevy that costs more money. Unless you want to spend the money to look cooler, go with the cheaper option.

A good example of this would be Toyota and Lexus. I’ve spent enough time elbow-deep in both to confidently tell you that they’re the same. Lexus has started to separate themselves on performance but comparing them to Honda and Acura shows they have a long way to go. Toyotas are extremely well built and last an incredibly long time, so I see no reason to upgrade.

On the flip side you have Kia and Hyundai. Hyundai makes great cars and aren’t carbon copies of Kia cars and that might be due to the fact that Hyundai, the more luxurious brand, owns Kia. Most of the time a manufacturer creates a luxury option, but Hyundai created an economy option. The problem is that they didn’t do a very good job. Kia has made massive improvements in recent years, but they aren’t comparable in quality to Hyundai.

Luxurious features cost a lot regardless of brand

It’s possible to have a Toyota that’s more expensive than a Lexus. If you get all the most advanced features on a Toyota, you’ll have a luxury car and will pay luxury price. Sometimes the luxury brand will still cost more, while sometimes it’s cheaper to go luxury. I went to Honda’s website and built a fully-equipped Civic Si and on Acura’s website built a base model Acura ILX. They had almost exactly the same horsepower and the ILX was $4,000 more expensive. The Civic Si is marketed as a performance vehicle and the literal cheapest Acura is just as fast and has similar features. Like I said earlier, good luxury brands are more than just fancy clones of economy cars.

Most things in cars are computerized

It can’t be avoided. Gone are the days of mechanical everything. It used to be that some cars had all mechanical systems that were cheap and easy to fix, but regardless of your pick between economy and luxury you’re going to have a computer that controls your car. If you don’t like that then buy used.

All of this can be confusing, so here are some comments about major car manufacturers as it pertains to the question of economy vs luxury

I don’t like Ford. I think the best thing they did was to circle the problem and color it blue. With the exception of Mustangs and F-150’s from the 90’s I think buying Ford is a mistake, and Lincoln makes fancy Ford vehicles, so I stay away.

Chevy makes good stuff, but they’re notorious for having flimsy peripherals. You can be confident that your engine and transmission will hold up well, but all those fancy features you paid for are in danger. GMC and Chevy cars and trucks are almost identical, so don’t be surprised if you pay extra for the GMC logo and one day your windows won’t roll down.

If you have a need for speed you can justify buying an Acura or Infinity, otherwise go with Honda or Nissan.

They’re cheap for a reason. They feel like plastic cars. Steer clear.

They have a bad reputation because they used to use rotary engines, but they haven’t since 2012. They make great cars and are reasonably priced. I recently bought one.

Subaru is my favorite and was always my favorite to work on. They have an interesting reputation among those who work on them because they’re unique. They have a unique engine style and are internally arranged differently than almost every other manufacturer, but that’s what I love them. They’re great, reasonably priced cars that last.

There’s one reason to buy Kia and it’s the Stinger. That thing is intense. Other than that, I’d still go with Hyundai. In recent years Kia has had some strong showings, but I’ll need a few more years of that to be confident.

We think of all European cars as expensive but believe it or not VW is an economy brand. Or at least they are compared to other European cars. Repairs won’t be cheap, but they make good vehicles, albeit a little pricy.

These are high-quality cars built to last and built well. That being said, they’re all way too expensive for me. It’s hard to justify spending the money unless I’m wealthy or need to impress clients or something like that. You definitely get what you pay for, but you pay for a lot. Recently Porsche and Maserati have made cheaper options, and Porsche is trying to make family-oriented crossovers, but they’re still ridiculously expensive.

You don’t need luxury to get quality

Most cars are fancy nowadays, and there are economy options that are so well built that there’s little difference between them and their luxury counterpart. So it depends on what you need. Click To TweetI like performance, but you might not care and that’s fine. Overall, European cars are out of most people’s price range and American cars don’t measure up to the standard they used to set. Japanese and Korean cars are known for reliability, cheap maintenance, and performance. With the exception of Kia and Suzuki, the economy brands are wonderful and leave little reason to go luxury, unless you want to go particularly fast and don’t like the wild look of the Honda Civic Type R.

I hope this helps in your search for a reliable car you can afford.

Alan Muise, a contributor to this blog, holds a Business Specialist technical degree, and is currently enrolled at the University of Central Florida’s College of Business. Alan is a former youth pastor and currently serves as the worship director at Aloma United Methodist Church in Winter Park, Florida. He is a wonderful husband, entrepreneur and risk taker.