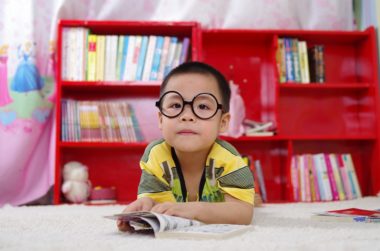 After graduating from college, I got a job making good money as an engineer. Growing up, my working class parents never really had a lot of money. I wouldn’t say we were poor. We always had food and a place to live and enough for clothing. But as far as I understood, they lived paycheck to paycheck. They didn’t know much about money and therefore didn’t teach me much about the basics of money: how to spend it, how NOT to spend it, living with credit, how to invest, etc. So, I turned to books for my education.

I want to suggest that if you read only five books about money, two of them should be The Millionaire Next Door and Rich Dad, Poor Dad. I know that last sentence may sound strange. But the point is, you shouldn’t just read one or two books about money. But these two should make it to the top of your list.

The first book you need to read is The Millionaire Next Door. The premise of the book is that people who LOOK WEALTHY probably are NOT and people who ARE WEALTHY, probably don’t LOOK WEALTHY. The authors claim that the average millionaire lives in middle class neighborhoods, next door to people like you and me.

Through research into the lives of wealthy people, the authors expose to the reader the spending behaviors and saving behaviors of wealthy people as compared to people who are not wealthy. The authors make a clear distinction between people who earn high incomes and wealthy people. They discovered that many high earners actually live paycheck to paycheck because they spend at nearly the same rate as they earn. They call these people UAWs – Under Accumulators of Wealth. Conversely, they discovered that many truly wealthy people are wealthy not because of their high incomes, but because they’ve been wise in how they spend money and how they invest. They call these people PAWs – Prodigious Accumulators of Wealth.

The other book that had a big impact on me was Rich Dad, Poor Dad. In this book, the author compares and contrasts two ways of relating to money. He says that wealthy parents talk to their kids about money. They model to their kids good spending and investing habits. They talk about the dangers of credit. They teach them how to create and keep passive income. Basically, they equip their children with the skills they need to avoid financial landmines and harvest rewards of financial discipline.

On the other hand, poor parents, parents who live paycheck to paycheck, don’t really explicitly teach their children about money. In fact, they rarely talk about money, except when they talk about what they can’t afford or how much they can borrow. They model to their children poor spending habits, bad borrowing habits and NO saving habits.

One of the largest take aways I had from this book was his definition of the difference between Assets and Liabilities. He says that assets are supposed to generate a positive cash flow (meaning they generate income). Examples of assets are rental properties or businesses. Both are intended to create an income.

Interestingly, the author breaks from traditional accounting definitions of assets and liabilities. An accountant might suggest that a house or a piece of art is considered an asset because even though it doesn’t generate cash flow, it appreciates in value over time. They would call that an appreciating asset that can be sold for a profit. The author suggests it is not a good idea to consider such items as assets, but rather liabilities. Why? Because those items don’t generate income. In fact, they are expenses. On an income/expense sheet, they would go in the expense section (even by traditional accounting standards). For example, a house payment (an expense) still must be made every month, whether or not your house appreciates in value. This means you must be making income (a positive cash flow) somewhere else in your life.

God has untrusted each of us with our finances. God warns of being a fool with our blessings. Educate yourself so that you are not a fool. Whether you read these two books or any of Suze Orman’s or Dave Ramsey’s books or books by a myriad of authors, the point is, you can never know too much about money and how to make it work for you. Enjoy!

Trevor Ward, a contributor to this blog, worked as a product development engineer at Mattel Toys right out of college. He is also an entrepreneur and business owner. He is an award-winning documentary filmmaker and has impacted audiences from all over the world. He met the most beautiful woman in the world and they got married. Currently, Trevor embarked on another face of his career to become an attorney.