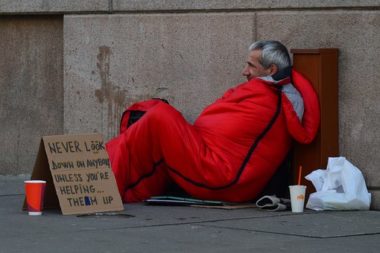 In lieu of the holidays approaching fast, we at Saving For Hope wanted to give you something to think about. If you interested in a little history first, read on:

Scottish philosopher, Adam Smith once said, “Laissez-faire” which in French it means, “let people do as they choose”. Smith is considered an Enlightenment thinker. Throughout the Enlightenment, human reason was used to understand complex ideas of society like politics and economics. The term laissez-faire implied that the government should have a small role in the free market. What sort of responsibility does this concept deduce for active members of a society? Can we really do whatever we choose financially without any consequence? I hope to share some context behind these terms and help you connect how these principles affect us today.

The enlightenment was a time where Europe was fighting despotism. Philosophers were challenging absolute monarchy structures with new ideas that defended the rights of individuals. John Locke for example, favored limited government: a government that will not only be limited through a constitution, but also elected by the citizens with the ultimate goal to protect the natural rights of the people. It was from this oppression that the economist Adam Smith wrote encouraging ideas similar to other “freethinkers” of his time.

Before the enlightenment movement, mercantilism was very popular in Europe. Mercantilism believed that the world’s wealth was fixed. Therefore, a nation’s wealth was measured by the accumulation of gold. It is for this reason that the government thought it should intervene and regulate small business to produce a favorable trade balance. Smith was obviously against such ideas and argued that the free market should regulate business activity.

These notions revolutionized the people and encouraged them to pursue their personal interest. Many were led to believe that their own pursuit of prosperity would benefit an entire community. Ideas were exchanged, opportunities were created, and the private sector grew stronger. Smith also brought up the concept of invisible hand, the belief that through self-interest resources will be driven by the most competitive and productive user. These principles were very effective and still serve as the basis of the free enterprise system in the United States.

Without a doubt, the enlightenment period has influenced us in different ways. Communities have been empowered to make a difference and help others. We have a moral obligation to aid those in need. We have the power to be the change we want to see. Click To Tweet As active members of our society we have the responsibility to allocate resources and place them where they can be utilized effectively. One of the concerns that Adam Smith had was the poor in a world that was mainly interested in private property. I’m afraid these concerns are still a reality today. Poverty is an evil that continues destroying many communities. So, we must reflect: How are we helping those in need? How is our individual self-interest benefiting others? Not everyone has the capability to be competitive. Not every time resources arrive where they are mostly needed. Perhaps self-interest is not the adequate solution to poverty, but rather altruism. Letting people do as they choose should be read with the connotation that members of a society are eventually trusted with the economy willing to advocate against an unjust, intolerant, and cruel governmental systems.

All that history for you just to say, in lieu of the holidays, think about this: It is good to say: “do as you choose” As long as what you chose helps and serves others!! That is a core believe at Saving For Hope! So, go out there and make this holiday season a great season for others. Don’t get caught on the gifts and spending frenzy, take a pause and reflect on the meaning of it all. Look around and pay attention the poor and the oppressed close to you. If you really want, you can make this Christmas something to remember to the “least of these”. As the bible reminds us time and time again: “.Truly I tell you, whatever you did not do for one of the least of these, you did not do for me…” (Matthew 25:45 ) Think about that, and as always, whatever you do, make it last a lifetime! Enjoy!!

Santos A. O’Neill, a contributor to this blog, is a senior educator and post-graduate student that works with teens and young adults as they equip to go to college. He also works as a high school teacher and an athletic coach