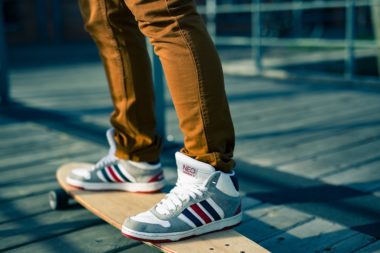 Blogging for example, takes arduous work, to build an audience and to reach that audience monthly, weekly, or daily in some cases. Same with online sales, same with online books and courses, etc. I recently taught a course online for a local university, and I worked almost 200 hrs. to get the course ready: video, links, books, narrated PP presentation, etc. Did I make money teaching it? yes, I did, but it was not passive. Is it possible to achieve passive income? Of course it is!! But it takes work, dedication, time, commitment, ideas, execution, etc. That is not passive at all. Is it better than a 9 to 5 job? If you build enough passive income, yes, it is!!

Let me tell you a truth, if you think that making money is that easy, you are not getting it. Making money takes work! hard work! Period.

That is why I believe that on top of always thinking passive income, (which it is a great goal to build over time) people need to look at their current income to see how much it can be saved, to complement a solid financial plan. Have you ever heard the expression: ‘a penny saved, it’s a penny earned’? We at Saving For Hope believe that a penny saved, it’s a penny earned, which can be a penny invested, which in the future, will make you another penny or two, or three! In this article, we want you to look at your current income, which has immediate positive consequences to your finances, and pay attention to overspending. Yes, we have talked about that before! and yes, you should be on a budget immediately if you don’t have one. However, there is always room to improve, and the idea in this article is not to look at your expenses per se, but to look at something that is deeper than that: behavior.

We will give you a few examples that can clarify what we mean. But let’s start by saying that, frugality is not a new idea. Minimalism has been a resource since the beginning of time, throughout cultures all over the world. The problem is that, as a society we had become accustomed to having so much, and to waste so much, and to be in so much debt, that we now see frugality as a rarity, or a disease in some cases. Thriftiness needs to be avoided at all cost. (no pun intended).

In fact, the US consumes almost 25% of the world’s goods. That is an amazing stat given the fact that the US is only 5% of the world’s population.I remember a few years ago, during the Olympic Games opening, the host country of Brazil was heavily criticized in the US because of its internal problems with pollution. Brazil was criticized because of the ecological message they had at the opening ceremony. On the radio I heard time and time again the US’s critique to Brazil because of their called hypocrisy. However, what most people from the US fails to recognize is that a baby born in the US will create 13 times more ecological damage that a baby born in Brazil. That is fact, because of how much people in the US consumes. So much for hypocrisy!

Now you are thinking, what does ecology and consumption has to do with thriftiness and finances? Well, everything! The more you consume and waste, the more money you lose. The truth is that frugality can be very beneficial for a… Click To Tweet A solid financial plan can help build long lasting wealth over time. I will write an article about fuel consumption in the US and saving later. But back to the examples:

First, what do we mean about frugality? Well, we don’t mean skip on meals, don’t have fun, or anything like that. Minimalism is a mind set that helps you see that you truly do not need so much to be happy. You done need much to have fun and to live a good joy filled life. That is true all over the world, and it is true here in the US as well. But as I said, we had forgotten what it is to not have whatever we want, whenever we want, at whatever cost we want.

Second, is it nice to eat out occasionally? Of course it is! And please, consider having an entertainment budget for you and your family to have fun. But, is eating out worth years of financial slavery building debt on a credit card, and retiring without dignity? Of course not! If you go out to eat, use simple rules to consume less like: split desserts, eat smaller meals, and drink water instead of sodas. That will help you save money. That is frugality. Not being cheap and skipping the restaurant altogether.

Third, try to consume less energy. This is a big one. I am always reminding myself to turn off lights when I am not in a room. I try to keep doors closed to save, and to try not to use appliances unless we must (like the washer and dryer). These few simple rules will save you an average of 30% on your electric bill. Same goes for gasoline on your car.

Fourth, how many pair of jeans, and shoes will make someone happy? In the US that number in average is 13 for men and 27 for women. That is about 8 to 10 new pairs per person, per year in the US. Way too much!! same goes for jeans, clothes and other garments we use daily. Can we cut a quarter of that a year? Maybe a third? I think it is possible, and that in turn will help you save a lot of money every year. Especially knowing that the average shoe is about $80.00. Again, we are not saying don’t buy shoes, we are saying you don’t need 27 pairs!

These few ideas will help you look at your current income situation and will allow you to find small ways to save money. It all adds up to substantial amounts of money at the end of the year! That money saved can be invested to build more and more passive income. It is not easy, and it takes work, but more importantly it takes a change on behavior, a change to embrace thriftiness and live a life that consumes and spends less. That is what we mean by being thrifty. Get back on financial track, and that can have lasting effects on you, your family, your community, and our beautiful planet! Enjoy!!

2 thoughts on “Embrace thriftiness and get back on financial track!”