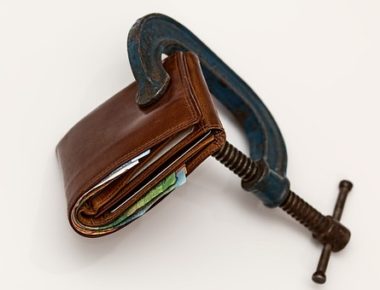 What my atheist brother and Jesus taught me about debt.

Before I ever started working in a real career and before I even moved out of my mom’s house, my brother gave me a piece of advice that I will never forget. He said, “You need to live below your means.” Little did I know that this piece of advice has a biblical background. For this blog post I would like to expand on this phrase and share with you some important lessons on debt.

I know for a fact that many of you who are reading this have not received any training on debt, debt reduction, or debt management. I am only confident of that assumption because I have a Master’s Degree and I have never taken a course on debt and its biblical principles. It is a topic that is not taught in the United States, especially to the poor. Many poor countries are poor because of their debt, and yet there is little education in this important and life changing topic. I hope that you would be challenged in this blog post. I also hope to help you think more critically about debt and the reasons why we often find ourselves owing money that we cannot afford to pay back.

I believe that debt points to a deeper problem that we have as a people.

We love stuff that we don’t need.

We love stuff that is not useful and we waste money on things that don’t matter.

I grew up in a very materialistic culture in Miami, Florida. I don’t want to speak negatively of an entire culture but it’s the truth that I experienced from my perspective. I grew up in a culture that valued the wrong things. Growing up in high school I wanted the most expensive shoes and the most expensive clothes. The only reason I wanted those items is because the people around me made them popular. I remember spending an entire two-week paycheck on a pair of shoes. I was broke for a couple of weeks after. And for what? To impress someone that doesn’t really care for me? I’ve always wanted more than what I could afford and for all of the wrong reasons.

It reminds me of the creation story in the book of Genesis. God has given Adam and Eve everything they could possible want… and more. They had access and dominion over every single part of nature. They were in close communion with God, and they lived a life that we hope to one day return to. Yet, the entire world, was not enough for them. They wanted more. That’s why they did the only thing that they should not do. They wanted more than what God offered them. This is why they ate the forbidden fruit.

We have to learn how to be thankful with less. The more thankful that we are with less the less money we will spend. Christians subscribe to a deep truth. We believe that money, and the things it can acquire, cannot make you happy. How many times have we seen the poorest people be the happiest? I believe this is part of the reason why Jesus says, “Blessed are the poor,” because their richness does not come from money and material things. It comes from having a deep faith, developing tight communities, and not being enamored by the evil disguise of money. Jesus often warns many people in the bible that their wealth has prevented them from seeing and experiencing key parts of the Kingdom of God.

If you are in debt because you are buying things that you don’t need, to impress people who don’t matter, or to feed your ego you have a spiritual problem. Click To Tweet But it’s ok because God loves you and he wants you to find healing from this battle. But we must realize it first. We must admit it and no longer live in denial. The trouble is that there is not a lot of counseling, education or support on this struggle. But recognizing this struggle can free you and prevent you from acquiring debt because it will lead you to save more money.

Saving is another important key in reducing and preventing debt. If we spent less money on items that are too expensive and focus our disciplines on saving money it will help us tremendously.” Focusing on saving money will help us accumulate wealth. Saving money while you are young is another important and life changing factor. If we had more money saved we would have more money to deal with the unexpected things in life and we would have the ability to take on new endeavors.

If I would have started saving at a younger age I would be in a much better place in my life. I can’t even begin to imagine how much money I could have saved if I started at 21 years old. I could have accumulated wealth for 13 years. Who knows what I could have bought with that money? I could have had a down payment for a house at this point in my life. And I would most likely not be in debt to a credit card.

But that wasn’t my story. I was more focused on new clothes and impressing people.

When my brother told me to live below my means he was telling me to drive cars that were less expensive, to live in homes that I could afford, to cook more at home and eat out less. My brother was asking me to appreciate the little things in big ways and to figure out how to do more with less.

But I also pray that you would have the self-control to say no to things that are not necessary.

May the Lord give you strength, wisdom and the desire to seek out knowledge in finances. Your kids will thank you for it later on in life. Enjoy!

Rev. Erwin Lopez, a contributor to this blog, is a Pastor of College Students at the University of Central Florida in Orlando, Florida. Erwin was born in Venezuela, raised in Miami for 22 years, and lived in North Carolina, Lakeland Florida, and now in Orlando. He has been pastoring for over 7 years and was educated at Florida International University and Duke Divinity School. Erwin has a three-year-old son and is married to his beautiful and wonderful wife from West Virginia.